In the upcoming days, I am going to receive a new detachable tablet PC: HP x2 210. I figured it’s a nice opportunity to try out various operating systems and UIs to see what the current mobile OS landscape looks like – and how the FOSS world is doing within it. So at the moment I’m planning to test: Windows 10, Remix OS, Android x86, Chromium OS, SailfishOS, and a bunch of desktop environments on Gentoo Linux: at least Plasma Mobile and GNOME 3, maybe some more if anything loks interesting enough (suggestions welcome). My plan is to test the installation procedure, core usability of the OS, productivity tasks, and compare some stats (disk space, RAM usage, battery consumption, boot speed perhaps). 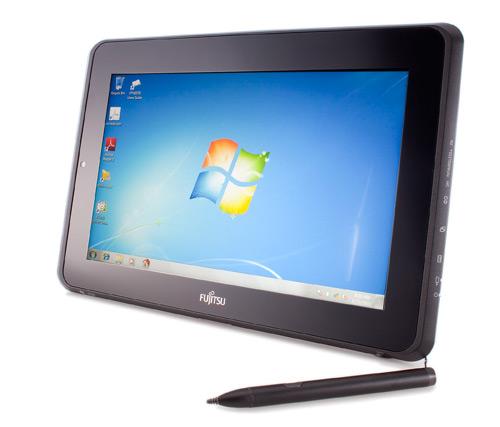 Just to give a bit of background: I have had a Fujitsu Stylistic 550 tablet since 2011. It came with a stylus and Windows 7 Professional. I intended to use it for productivity tasks in university, and that is indeed what I mostly used it for. However, it was not very powerful, to say the least: 32-bit single-core (but hyperthreaded) Atom processor, 62 GiB SSD, and worst of all, a PowerVR graphics chip (GMA 600) by Imagination Technologies driving a 1280x800 display. The reason I got it is that the Intel Oak Trail platform was new and promised very good battery life, which is the crucial factor for productivity work. On that front, it really delivered: it had a 10 hour battery life when performing office work, so I can’t complain there. However, the main reason why I chose an x86 tablet at that point was app and Linux compatibility.

Back in the day, ARM was an emerging architecture. A lot was in flux there, and getting Linux running on ARM was at best a long shot, with a lot of vendors outright locking devices down. Meanwhile, x86 had standards, so you could reasonably expect to be able to run whatever you want. And it didn’t have to reinvent all the apps; the latest and greatest was available. Fast-forward to today, and… pretty much nothing has changed. ARM is in less of a flux, but there still are no standards. The reason, for the most part, is the device drivers: most devices run hardware with no real drivers available, only buggy unportable closed blobs. They only support a single kernel version and that’s it. No updates for you, no support for anything other than the default configuration. Want something new, throw the device out. That’s terribly wasteful.

In a sense, back in 2011 that was also the state of GMA 600 support. I wanted to say GMA 600 support on Linux, but actually it was the same on Windows. It was “supported” by “Intel Embedded Media and Graphics Driver” (EMGD). I write “supported”, because if we take a look at what its latest release (2013!) actually supports, it is Windows XP (that’s right, the readme specifically says that Windows 7 is not supported!) and Linux kernel 2.6.37. That’s Fedora 14 and Ubuntu 10.10 Maverick Meerkat, for reference. Nothing newer would work with it, hence why it was promptly abandoned by anyone sane. On Windows side, the drivers were somehow hacked into supporting Windows 7, and available on the Fujitsu website, but I suspect it is just a wrapper for the Windows XP drivers. There was no support for anything beyond Windows 7 at all whatsoever. What a waste.

Beside the x86 apps and battery life, the main reason why I got an x86 tablet is to run Linux on it. I actually didn’t know the graphics chip was not Intel, and that Poulsbo was pretty much the worst graphics out there. If it had been an Intel graphics chip, I would probably still be using it, since their drivers are open-source and thus supported from the get-to up to now, and will be supported almost until the last chip out there erodes. As for Poulsbo, after EMGD proved to be the utter failure it was, someone managed to reverse-engineer part of it and mainline very basic support in the upstream Linux kernel (gma500gfx, able to modeset and little else, no 3D acceleration of any kind). It kinda worked, sometimes. Sometimes it would corrupt the screen and dispaly only half of it, and fix itself on reboot. It had backlight support, which is more than EMGD ever had, but no ability to turn off the display… which means it was always shining, even when at 0% and black overlay. That negated all the battery life gains and thus was not that useful. I did manage to run Plasma Active on it back in the day, although its performance was real poor due to no 3D acceleration (still better than Unity, though, which would fall back to software 3D and turn it into a slideshow). And for some things that I needed Linux (winelib development etc.), I ended up just using Xfce.

On the Windows front of things, GMA 600 did provide video acceleration on Windows 7 when using Windows Media Player 12 (although the driver claims support for only version 11), but seemingly only for Media Foundation framework video. That was absolutely necessary to view any videos; even 240p30 video would not run well enough without it. With acceleration, it could show even 720p video at around 25 FPS. But there was no driver at all in Windows 8 – which just so happened was the tablet release. I didn’t use it (the upgrade was paid), though others reportedly did. When Windows 10 was about to come out, the upgrade feature didn’t pop up; when forced, it claimed that the processor was unsupported due to missing NX bit (which it had!). When it was released, however, the installer did work, and I upgraded the device successfully. There was no driver support, but installing the Windows 7 (-Windows XP!) drivers actually did make modesetting work. However, anything that would require 3D acceleration would glitch out, most often by making the screen black until a forced repaint (e.g. pressing Start), and the programs like OneNote would be super slow.

Regardless of that, I still made good use of it for what it was worth. The main purpose of it was to serve as a productivity tool in university. The tablet came with a stylus, so writing notes down was possible, as well as quick sketching. While I used it as such at the beginning, and also tried to see how well using the virtual keyboard would work, in the end it was obvious that I could type much faster than I could write with a stylus (and I could read what I typed, too!). So I got myself a small USB keyboard, which was overall pretty useful. But it’s no detachable, so in that configuration the tablet took up quite a lot of table space and the view angle was not great. Still, the flexibility allowed by being able to remove the keyboard was very useful. For instance, if a class starts in a new classroom, I could take it and see how I can use it: in keyboard combination, or if there is not enough table space, as a tablet. I also used it on field excursions as a digital notepad. In the later years I used a laptop when I knew I had enough space, but when at least one classroom did not have large enough tables, I’d use the tablet.

The main apps I used were Windows Journal (much more lightweight than OneNote) and Xournal for “inking” in tablet mode, and LibreOffice when in keyboard mode. The stylus worked fine at the beginning, but eventually its tip got bent; there were replacements included, but the second tip eventually also bent and the tablet stopped being able to recognise pen-up events (even though it could follow pen hover, it treated it as drawing a line). I bought a new stylus, which also worked OK for a bit, but rather quickly developed the same problem. Using touch input itself was not really a good idea; unlike current smartphones, where the glass feels smooth, the Q550 had a pretty high friction touchscreen; dragging something was nigh-impossible, as the finger would actually bounce on the surface itself. It was also not very responsive.

I will get the new tablet shortly, but I chose it specifically so that I know it is well supported under Linux this time. It is built on Intel Cherry Trail platform, which is seemingly a sweet spot: later x86 mobile platforms have been announced to be discontinued by Intel (too bad!). Oak Trail was succeeded by Bay Trail, which by itself would have been a nice platform, if not for one major screwup: most devices were loaded with a 32-bit UEFI, despite the devices being amd64, and 32-bit UEFI only having been used in old Macs before. The Linux kernel gained support for this “hybrid” approach, but most distributions still do not support it because it’s just bad for maintenance. Later Bay Trail models fixed the issue, but good luck figuring out which models have it fixed and which don’t! Cherry Trail never had such an issue.

So those are the apps I will test to see how they feel. While my new tablet does not come with a stylus out of the box, I am planning to buy one afterwards, since the screen supports an active pen (which is needed for hovering and such). But the comparison will probably be done before I get it, since that’s not high on the priority list. I will see if I can document the comparison also in some form of video. Perhaps using TeamViewer or such for recording the screen and streaming the process. We’ll see once we get to it, in part 1 of this comparison.